The Centre for Alternative Technology (CAT) have blogged an interesting post highlighting five low tech eco building projects which they think people should be aware of and we think you might be interested too!

CAT have  listed Lammas Ecovillages, which are based in West Wales, as the first example. Their aim is provide a model for an eco village in Pembrokeshire which can be replicated across Wales.

The Hockerton Housing Project in Nottinghamshire is the first earth sheltered, self-sufficient eco-housing development in the UK and is another inspiring project. 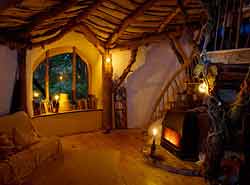 There has been much publicity about number three on their list – Simon Dale’s woodland house, and quite rightly so. Again it was built in Wales, and is a fantastic example of a low impact home and was built in an amazing 4 months!!

Tinkers Bubble in Somerset is their fourth example and was established in 1994 as an ‘intentional community’. It consists of low impact housing as well as 20 acres of woodland.

Please help by filling in our survey