After trading for 30 years Godfrey DIY Supermarkets Limited has announced it is going into liquidation. 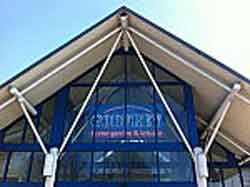 The company based in Norfolk and Suffolk employs 50 people, but has noticed a decrease in sales since 2008, and finally had to join the likes of HMV and Jessops in calling in the receivers.

It is always a shame to see local stores having to close or be swallowed by larger retailers, but the current economic climate makes it very difficult for smaller retailers to compete with the large multi-nationals and DIY sheds.

Managing director Barry Godfrey said it was a “Sad day” adding “We are not the only retailer to have encountered difficulties since Christmas and probably won’t be the last”. He thanked his loyal staff and customers

Liquidator McTear Williams and Wood, said Godfrey DIY would continue to trade as normal until 30 January. It will then hope to sell the Diss and Stowmarket stores as going concerns.

By contrast the Notcutts Garden Center in Bagshott is hoping to join forces with Waitrose, which is part of the John Lewis Group, in a move that will save jobs and secure the future of the site, providing plans are approved by the local council.

Perhaps this is the beginning of Waitrose branching out into garden centers nationally which would seem to be a comfortable  match for the high end home a grocery stores.

Britain at risk of flooding – what can we do?