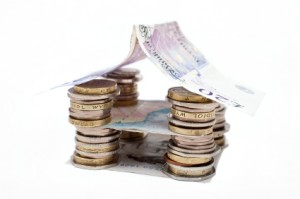 It is great news for self-builders who are planning and budgeting to build their own home. The government has announced plans to grant financial exemptions to Self-Builders who are currently subject to CIL.

CIL or the Community Infrastructure Levy was introduced by the Labour Government and affected self-build property, whether it was for investment purposes or for the owner to live in. The levy has resulted in an average increase to self-build costs of 10-15%, and it is estimated this has put off around one in four potential self-builders.

The current Housing Minister Mark Prisk has announced a plan to offer tax relief to any self builders who are building a home to live in, rather than sell on. As he puts it:

“I am determined that anyone who wants to build their own home should have the opportunity to do so.”

The regulations outlining the proof required are not yet finalised but it is thought they would include:

It will be very important to keep the charging authority informed of any change in the status of the build. If at any time it changes away from being a self-build project intended for owner occupation then the tax levy will be due, so failure to inform the authority and pay the tax is likely to incur a financial penalty.

The Homebuilding & Renovating Magazine comment on the ramifications for self-builders and you can read the full article by clicking here.

Self build homes have been regarded as an option for those with a high level of resources. However there is no reason that those on a lower budget cannot self build. There are many tools and facilities available to help you realise your own plans to build your own home including plot finding services and Self-Build mortgages.

The Planning Minister Nick Boles said: “For too long, self-build homes have been seen as an option for only a privileged few and we are determined to change that with proposals that have the potential to save self-builders thousands of pounds.”

DIY Doctor Projects Section has lots of information about how to Self Build, that you will find useful if you are considering a self-build project including the following to get you started on the idea:

Reclaiming VAT on Self Build Projects

Would you want to build a house on the Olympic site?