At a loss - Damp Vertical Line on Outside Brick

Just wondering if anyone can give me some advice as I'm at a real loss.

I recently purchased a property back in April (new build built back in 2016 but only recently bought by myself) and have been moving in and ordering various furniture.

Back in July (when we had a large downpour) I noticed a large watermark suddnly appear down the side of the back of the propety in one area.

Had a roofer out who fully checked the roof and guttering was advised that the gutter was completely blocked and required realigning. This was unblocked, realigned and extra clips added to guttering. Was advised to wait a few weeks and that the wall should dry out.

Roll on a few weeks and the wall wasn't drying out (was exactly the same) had a builder out and he advised that it could be the electrical socket causing damp due to being drilled through instead of being sealed.

I've had a electricican out and was advised that it was simply drilled straight through without any sealent added. He sealed the hole but did advise he didn't think it would cause the issue.

Roll on a few months and the water mark still hasn't disappeared (it's exactly the same from July) I'm at a total loss on what I should do now.

There doesn't appear to be any damp coming through on the inside, it still smells brand new and there isn't any bubbling on the inside.

Does anyone have any idea on what could be causing this and what sort of tradesmen I require to properly diagnose the issue?

Could the wall simply have a water stain or is it something more serious? 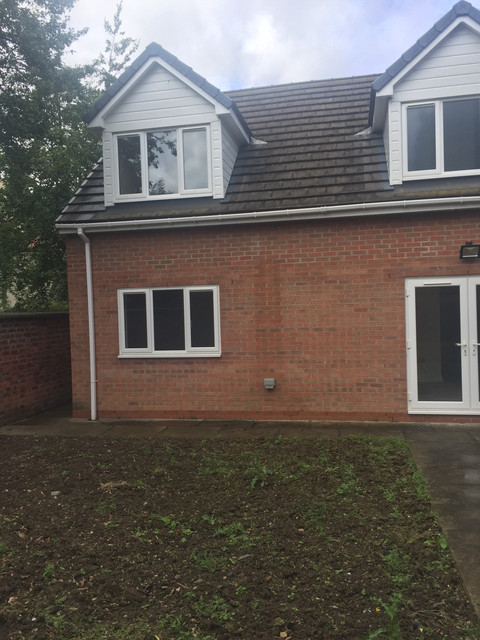 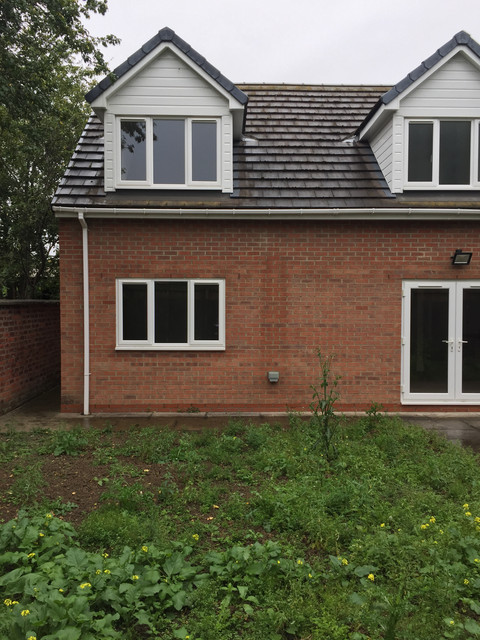