We've just moved into a new rented property and the heating system seems a little weird.

Theres a central heating boiler in the kitchen and an immersion in the main bedroom. Although theres a switch on the wall which appears to control the immersion on/off (confirmed by electricity monitor spiking to 3kw), when the central heatings on it also seems to add heated water into the immersion tank?

When the central heatings on, in addition to the noise from the boiler in the kitchen its also really noisey in the bedroom... I thought there was a low flying plane at first!

We don't really need hot water from the tap very often, I'd rather it be quieter in the bedroom and the central heating only heat the radiators. Theres only one control panel that doesn't seem to mention hot water at all!

Any ideas? Pictures below: 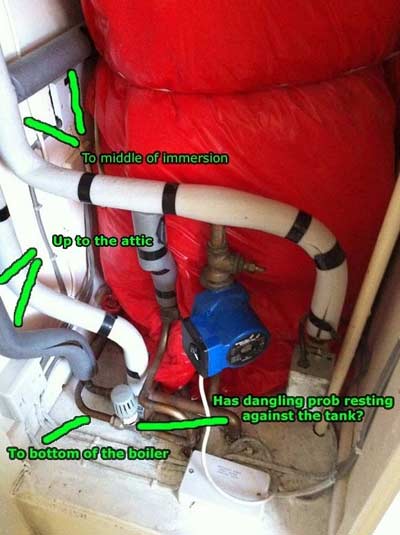 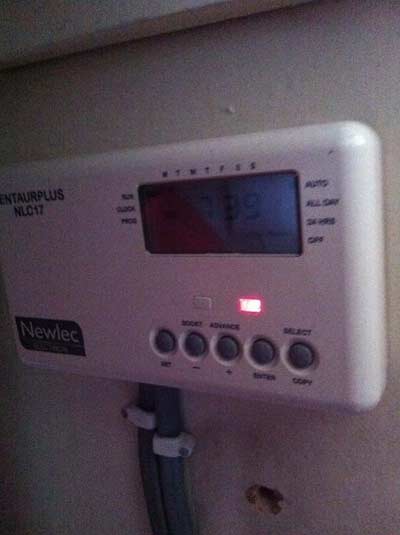