Flood in kitchen after turning on sink tap

Last night when i turned the tap on the kitchen sink on there was pop then lots of water came flooding out of the cupboard under the sink, we are insured for pipework so a plumber turned up a while later and cut the old joint off and fitted the white one in the picture below our worry now is will the other do the same at some point (the old one in the bottom picture is the same as the one that he removed) the kitchen was fitted 8 years ago if that helps.

For peace of mind (i dread to think what the house would have been like had we not been there) we have decided to get the second joint replaced but as my username says i am no DIY expert so could someone advise if it would be better to have a copper fixing put on rather than another one of these more modern looking speed fit type fixings (compared to the copper looking one in the picture) what would members of the forum advise?

He cut the new slot in the board and i wouldn't be bothered if it needed making bigger to allow access. 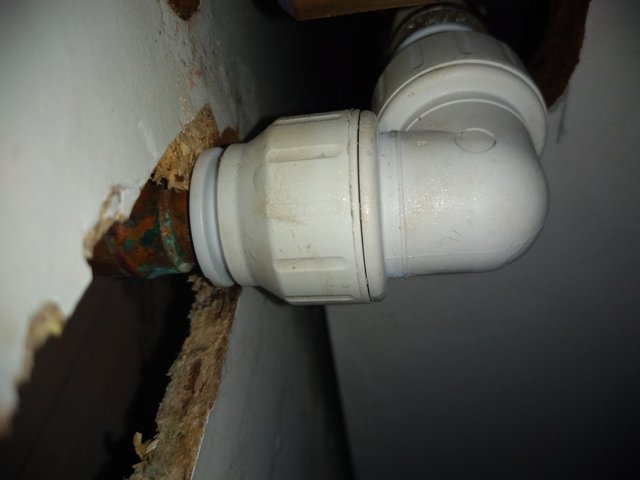 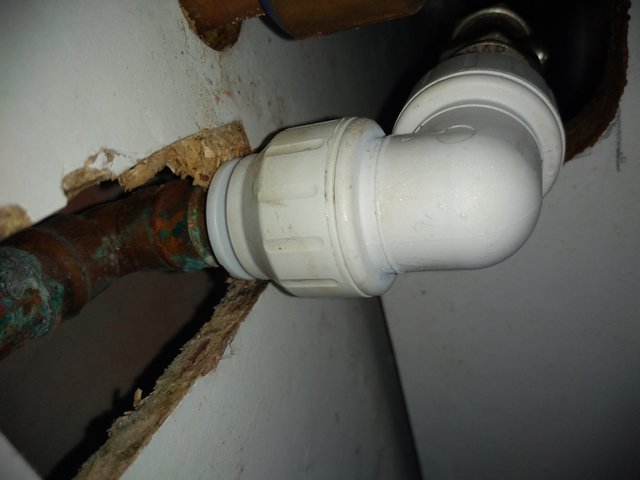 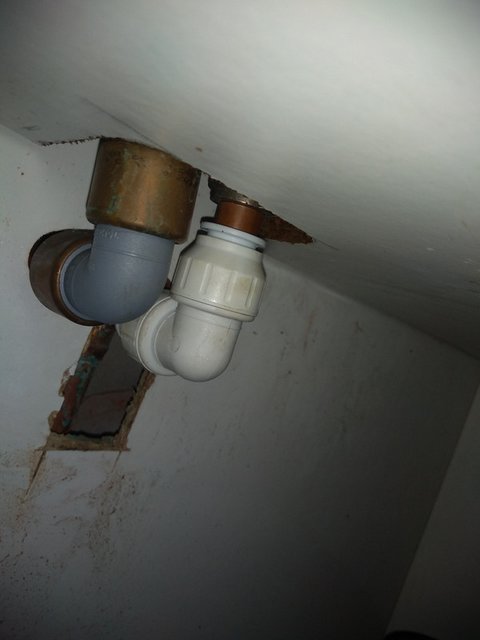 Could someone please explain how the old copper looking connector in the picture below works (the one that came off our pipe) i have seen a video (see below) of how the speed fit connector works by twisting the outer part to get the metal teeth in the collet to bite into the pipe but this one seems a lot different and i cannot find it searching the internet.