Help Have Done Everything but Still Damp Appearing on Ceiling

Can anyone offer advice.

I have had a ongoing problem with damp in the ceiling in the front and back bedrooms. At first there was a leak coming in through the chimney stack , I had the chimney removed and the stack dropped below the roofline( Over a year ago ) and now there appears to be no damp in the plaster in the walls, however I am still getting damp in the ceiling as seen in the attached photos.

I have had two plumbers check for leaking pipes, but there is nothing, can anyone offer advice , could it be attic condensation ? I am at a total loss and so are the roofer and plumber who have helped me.

Thanks for any help 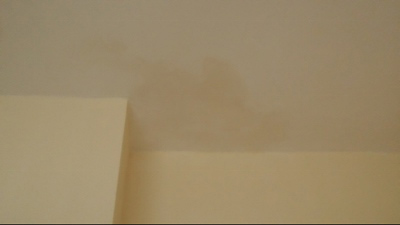 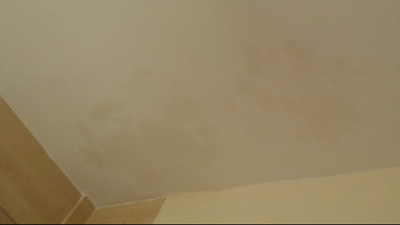 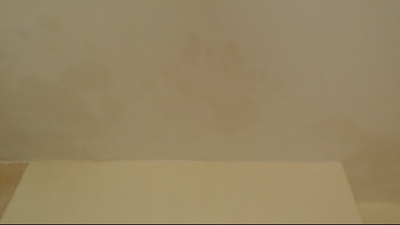 Just a thought. Could it be that what we are seeing is no more than the stain from the original leaks that need to be sealed back before repainting.

Yes , it was repainted after we thought the problem was sorted out and we were told the chimney stack would take many months to dry out.

I am now starting to think if the chimney wasn't capped in the attic , maybe this could be a condensation issue with warm air rising up through it, from the living room gas fire ( This is now ornamental as chimney was removed ) , however I can't get in the attic at the moment due to hip problem.

Its just weird, we also had a couple of old tanks taken out of the attic as damp had appeared in the ceiling where these were located, that seems to have resolved that problem , but now it is appearing either side of the chimney stack.

All I can think is to make sure the chimney is capped and get more ventilation in the attic , but this has cost me a fortune so far and seems to be never ending

Just by looking at your photos, I still think this may be a decorating problem.
What I'm seeing is a stained ceiling area that is not in contact with any brickwork of the chimney.
It must be possible for someone to access this area in the loft, and inspect the upper surface of the ceiling. If this is dry, then your problem could be no more than a failure to seal back the stains.

I could be wrong, and condensation is a very common problem, but I would have thought very easy to diagnose by anyone able to inspect the area.

Thanks for your reply, this is totally doing my head in , I'll take another look in the attic next week , I have to borrow steps to get up there.

It is definitely an ongoing damp problem as I checked it with a damp indicator, it looks like the patches have moved as a result of removing the tanks. I presume if it is condensation the loft insulation will also be damp, if its not I just don't have a clue.

Would putting plastic sheets on top of the insulation help ?

If you have condensation in the loft, it'll be everywhere. There's not much more I can say without inspecting it. If you can get to the area from above it must be obvious, take a look when it's raining.